Will Online Gambling Save The Greek Economy?

To outsiders it seems like a huge national celebration, in cities across Greece there was an air of jubilation. People took to the streets cheering, dancing and partying as if they didn’t have a care in the world.

The question one has to ask is what happened to put them in such high spirits? To be honest Greeks these days have very little to celebrate. Their country is on the brink of bankruptcy, ATM’s are running empty, people are scrounging for food in rubbish bins and elderly people are storming banks to withdraw their pension money.

In this article I’m going to discuss how Greece’s new left-wing government has plans for a regulated internet gambling market and how it could benefit the country’s ailing economy. But before I get to the gist of my article I’d like to give an explanation about the events that gave rise to and that led to the demise of Greece’s economy.

The only thing bringing Greeks joy after years of being forced to tighten their belts by their international creditors, they’ve finally been able to give these ”meddlesome” foreigners what amounted to the middle finger. Nobody thought they had the gall to do it. When 10 million Greeks voted in a referendum recently, they were asked if the country should accept extra austerity measures imposed on it by Europe for additional loans needed to keep the economy afloat. The Greek government got the answer it was hoping for, a resounding no. The announcement of this result sparked the festivities in the streets.

Many experts are of the opinion that the ”no vote” is a reckless maneuver that will haunt the country for many years to come. Others say that the Greeks-frustrated and stretched to the limit after years of cost-cutting had not other choice. As it is everyone is wondering what’s going to happens next? 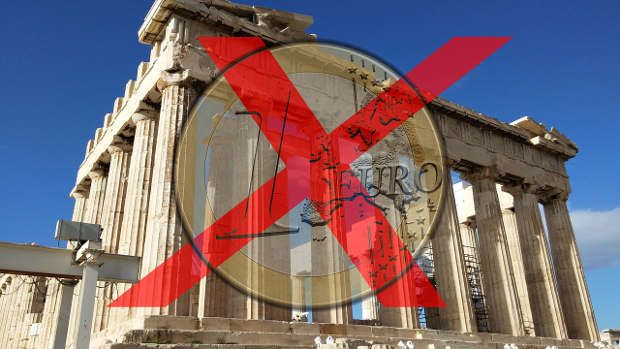 Since 2001 Greece has been a proud member of Eurozone. A group that comprises of 19 European countries that uses the euro as a currency. From the onset Greece’s economy was not strong enough to share a monetary unit with prosperous countries like France and Germany. The Greek government concealed the true figures to make matters look rosier than they actually were.

Once Greece became a member it could borrow money at low interest rates. Unfortunately the country was already in a bit of a financial pickle. As such it prompted the government to go on a borrowing spree. Workers’ salaries virtually doubled in ten years, civil servants were paid handsomely, pension funds were generous and money was wasted on staging the 2004 Olympic Games.

To compound matters further the national railways paid its employees exorbitant wages. It would have been more profitable for the government to close it down and foot the bill for all passengers to use taxis instead. This is just one example of the ridiculous spending that was going on at the time. Also, Greek citizens were lax in paying their taxes so the country wasn’t getting in the revenue it needed to pay its foreign creditors.

By the time the worldwide recession hit in 2008 Greece borrowed even more money in an effort to settle its current debts. By the end of 2009, it owed €300 billion more than any other country in the European Union (EU). In 2010 Greece borrowed an additional €240 billion. The money was borrowed on condition it imposed steep tax hikes and strict budget cuts. The wealthy were taxed on luxury goods such as yachts and expensive properties, at the same token the state cut its education and health benefits.

The country’s debt now amounts to a staggering €540 billion. Sadly more than 90 percent of this have gone into servicing the country’s crippling debt. In short, Greece’s debt woes plummeted faster than a lead anvil in a pool.

How It Affects Its Citizens

The overall standard of living has dropped significantly thanks to the high tax rate and shrinking salaries. Unemployment stands at an all time high of 25 percent-the highest in any developed country. The country’s economy shrunk by 25 percent due to the strict austerity measures. In winter, dense clouds could be seen hovering over cities since many families can no longer afford electricity.

Houses without roofs and cars without number plates are just some of the tricks people use to evade taxes. There are frequent riots against the austerity measures often turning violent and resulting into deaths. One man even committed suicide in front of the Greek parliament building. 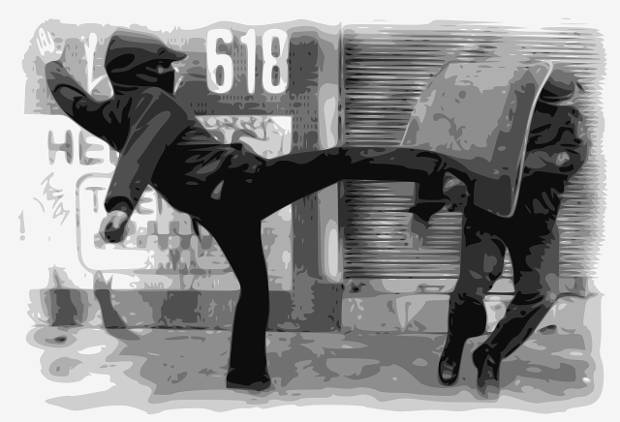 On June 28, European banks had enough and severed the line of credit. Greece was compelled to close its banks, people were only allowed to withdraw €60 a day from ATMs because the country was running out of money fast. The International Monetary Fund (IMF), a watchdog that helps countries manage their finances gave the country an ultimatum to pay back the €1.6 billion it owed. This is the first time an EU member missed payment. The IMF refuses to lend Greece any more money.

Light At The End Of The Tunnel?

Greece’s no vote means that the country will no longer receive support from other countries within the eurozone and it might return to its old currency the drachma. In hindsight this could pave the way for other struggling countries like Portugal and Spain to make an exit. Experts predict that if Greece returns to the drachma many investors will flee, the value of the currency will plummet, causing inflation to skyrocket making life in Greece unbearable.

”The ruling Syriza party, which assumed power after snap elections were called in January, says its new online gambling licenses will cost €3m apiece and be valid for a five-year term. Syriza said its plan would raise an additional €500m per year for the cash-strapped state.”

Tax rates would remain at their current levels and each new licensee would have to prepay minimum tax of €1m per year, “retrospectively of the actual volume of transactions and with the possibility that other taxes are waived.” Syriza envisions a completely “cashless” environment with payments done by debit or prepaid cards, “to be managed by an officially licensed Payment Service Provider by the Central Bank of Greece.”

In light of the above Greece’s cybergambling market has never been in good shape. The government revoked the licenses of 24 operators which filed a complaint to the European Commission (EC) stating that it only intended to boost the pre-sale of OPAP a former state-owned betting monopoly.

The price of the license fees (€3 million  per license) could best be described as exorbitant. Whether the Syriza party’s online gambling proposals stick in a bid to help alleviate Greece’s debt remains to be seen. Finance minister Yanis Varoufakis and Syriza are not happy with the fact that Greece needs to cough up the bailout of €240 billion it received from the EU and IMF.

Truth be told I can’t see any operator within its right frame of mind apply for a license in a turbulent Greek economy. If its citizens are teetering on the brink of starvation and the government’s overall stance towards ”large gambling interests”-this notion no matter how noble has failed before it’s even begun.