Interview with Jesse Hathaway of the Heartland Institute 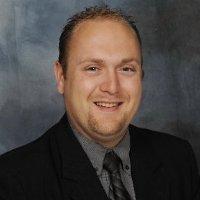 I am a research fellow with The Heartland Institute’s Center on Taxes and the Economy. I work with free market-oriented experts to discuss the good and bad of national, state and local government policies in the tax and spending arenas, such as income, sales and excise taxes; economic development; targeted tax incentives; government pension and health costs; and other influences on taxes and spending.

About the Heartland Institute

The Restoration of America's Wire Act (RAWA) has been a lot in the news recently, regrettably for all the wrong reasons. If it succeeds it will place a federal ban on internet gambling in the United States. Do you think that it will create a black market for online gambling and does it impinge upon the Bill of Rights and freedom of association of the American citizen?

The Restoring America’s Wire Act (RAWA) is a response to a policy shift by the Obama administration. In December 2011, the U.S. Department of Justice (DOJ) issued a letter reversing 21 years of policy regarding the scope of the Wire Act of 1961.

In the letter, Deputy Attorney General James Cole wrote, “The Department’s Office of Legal Counsel has analyzed the scope of the Wire Act, 18 USC § 1084, and concluded that it is limited only to sports betting.”

The Act’s language itself explicitly refers to prohibiting “the placing of bets or wagers on any sporting event or contest” via “a wire communication facility.”

In addition to the Wire Act’s reference to outlawing sports betting, the bill’s sponsors specifically said the Wire Act was limited to sporting events.

In testimony in 1961, Sen. Estes Kefauver (D-TN) asked then-Assistant Attorney General Herbert J. Miller why the Wire Act was limited to sports betting, as opposed to all forms of betting.

“I can see that telephones would be used in sporting contests, and it is used quite substantially in the numbers games, too,” Kefauver said. “How about laying off bets by the use of telephones and laying off bets in big-time gambling? Does that not happen sometimes?”

Speaking of the proposed Wire Act, Miller replied, “This bill, of course, would not cover that because it is limited to sporting events or contests.”

Before DOJ’s 2011 return to the Wire Act’s roots, though, the federal government was using the law to ban forms of online gambling unrelated to sports.

Why An Unregulated Market Is Not Good

Every new law just brings on innovative ways of avoiding detection and prosecution.

The U.S Federal Government said that it's up to the individual states to regulate cybergambling. Any particular reason for this? Don't you think it will benefit the country more economical wise if it's regulated at a national level?

The federal government’s determination that states should set their own regulations for cybergambling is a good thing.

State governments should be empowered, whenever possible, to set regulations and policies more closely reflecting the wishes of their citizens. States could copy and modify regulatory frameworks found to be successful in other states, to replicate that success.

Businesses and individuals in states with poorly crafted frameworks would be able to “vote with their feet” by relocating to states with better regulations, thus sending a message to the state government and voters in the state. Those processes would enable each state to find the blend of regulation and liberty its citizens want.

Sheldon Adelson, chairman and CEO of Las Vegas Sands has pumped millions of dollars into the political campaign of presidential hopeful, senator Marco Rubio. Rubio makes no secret that he's against igambling regulation. Why does Adelson so vehemently oppose it and don't you think his contradictionary attitude towards it leaves a lot to be desired?

I don’t want to attribute motives to why Adelson supports this or that bill. I’m not a mind-reader, so I can’t comment on what motives he may hold. However, Competitive Enterprise Institute research fellow Michelle Minton has addressed this issue in her work, suggesting Adelson’s support for RAWA is spurred by his belief that online gaming competes with physical casinos. Generally, online gaming is not a direct substitute for physical casinos, though.

Delaware, New Jersey and Nevada are the only U.S states that regulated internet gambling to date. Has there been a significant growth in these states' internet casino market, if yes can you please tell us?

In general, the large amount of uncertainty in the online gambling market is discouraging players in these states from playing online, but online gambling is still in its infancy.

Whilst internet gambling's star is ascending in New Jersey, unfortunately the same could not be said for internet poker. Why has the growth of online poker been so dismal to date?

In your expert opinion what are the main contributing factors that's still stiffling the growth/regulation of cybergambling in the United States? Professional gambling critic, John Kindt said and I quote: "Killing personal, business and institutional finances, internet gambling is widely known as the killer app of the Internet. Do you agree with him?

No, I disagree. Generally speaking, there is little reason to prevent people from choosing to do things that don’t violate other citizens’ rights. Instead of engaging in a nationwide War on Fun, federal lawmakers should clear the way for state legislatures do their jobs and carry out the wishes of their constituents.

Many U.S states are looking for alternative methods to generate additional income. If properly regulated, the revenue derived from internet gambling could help fill dwindling state coffers? Those in favour of it say it will help towards job creation whilst other say it's really a ''job killer''. I'd appreciate your point of view on this topic?

In my opinion, online gambling does not directly compete with physical gambling. Casinos are full of exciting sights and sounds, and people go to casinos to have fun. People working in the gambling industry should not be concerned that they’ll be replaced by an app, because gambling is about more than just the game itself. If physical casinos provide stimulating multisensory experiences that people enjoy, people will continue to visit casinos.

Most folk say that before they move on Las Vegas aka 'Sin City' is on their bucket list. Have you ever been to Vegas before, if yes, did you gamble and what's your most memorable experience about this vibrant city? (Yeah I know what happens in Vegas...promise I won't tell, lol).

I have not visited Las Vegas, but I hope to have the opportunity to do so some day.

The UIGEA (Unlawful Internet Gambling Enforcement Act) of 2006 is often described as the Bush bill. What's your take on this bill and did it achieve its intended purpose?

Online gaming simulates the experience of playing a poker game or a slot machine, bringing the casino to gamers’ computer desktops.

Ironically, by forcing American gamers to play on foreign servers, UIGEA prevents states from better serving their citizens, as disputes between gaming sites and players are subject to the laws of a foreign nation, instead of state or federal laws.

As the saga of online gambling regulation continues to unfold in the world's greatest economy. Will more U.S states regulate it and is regulation the answer to some states' economical woes?

States should take the lead on regulating online gambling, executing the wishes of their constituents. Letting Congress do the heavy lifting leads to setting up a one-size-fits-all policy for 50 diverse states, each with a citizenry with their own respective needs and wants.

For example, Utah residents may approve of a comprehensive ban on online gaming but Nevada or New Jersey residents may chafe under such restrictions.