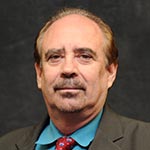 I am currently Chair of the Department of Political Science at the University of Texas – Pan American, where I teach and conduct research on public policy and political economy. I am continuing to serve as Project Manager for the Northeastern Gaming Research Project.

You have written numerous papers on gambling. Tell us more about ”Gravity Models and Casino Gaming” or your latest paper you’re working on?

Gravity models are one of the most common methods used to forecast revenues for a proposed casino. My recent paper on the topic was an effort to make these models more transparent to government decision-makers, industry executives, and the media.

I suggest that gravity models are fundamentally sound, but that we need to improve them to account for the growing importance of non-gaming amenities, while also shifting our focus to the displacement impacts of new casinos in congested markets.

Have you ever been to Las Vegas aka ”Sin City”? Did you play any of the games on offer, win any cash?

I visit Las Vegas about once a year usually to attend an academic conference or the Global Gaming Expo. I do play black jack, but I play to play. Consequently, I tend to win a little or lose a little with the goal of breaking even over the long-run.

What’s the socio-economical impact of a casino? Would you say it has a negative or positive impact in the long run?

The socio-economic impact of casinos is a controversial topic and you will find honest people lined up with answers at both extremes of negative and positive. Fortunately, I think we are moving away from efforts to develop a comprehensive cost-benefits equation for casino gambling and focusing more on the array of economic, fiscal, social, and community impacts so we can craft policies that mitigate or avoid negative social and community impacts, while maximizing the economic and fiscal benefits of casinos.

The answer to this question is malleable and it depends on how casino gambling is implemented in a particular jurisdiction. In most cases, I think the impact has been positive and public officials are becoming increasingly sophisticated in how they craft state and local gambling policies.

The United States has been in two minds when it comes to the regulation of Internet Gambling. It is often marred by greed and corruption and calls for proper regulation. From a scholar’s point of view how do you see this industry?

Internet gambling is a growing part of the industry, but like all facets of the internet it is difficult to craft a workable policy for regulation and taxation. We are currently seeing individual casinos (and states) get into the business on an intra-state basis in the United States. At some point, the federal government would have to intervene with a comprehensive regulatory policy, which means it will be effectively legalized at that point.

Internet gambling is here to stay or so it seems, which mechanisms must governments employ to properly regulate it? Would you say that it exacerbates problem gambling and encourages underage gambling?

I am concerned about Internet gambling, first, because it is hard to regulate what goes on in someone’s home and, second, because it is so convenient. It certainly poses a risk for both under-age and problem gambling.

Yes. If we focus just on casino gambling, there were only two states (Nevada and New Jersey) that allowed legalized casino gambling in 1974. There are currently 40 states with some form of legalized casino gambling. Forty-eight states have lotteries. The percentage of adults who visited a casino at least once in the last year has increased from 17% in 1990 to 34% in 2012. The World Tournament of Poker is now a regularly televised on sports channels in the United States.

Are Americans gambling at a much faster rate than the economy is growing? Many Christians condemn gambling ”as the moral economy of vice”. Do you share this sentiment?

No. Americans have actually reduced the amount they spend on casino gambling as a percentage of disposable personal income since the Great Recession (2008-09). Moreover, the ratio of income spent on casino gambling has remained flat despite being in the 5th year of an economic recovery phase, which tells me that gamblers behaved like rational actors in response to the Great Recession and subsequent economic uncertainties.

Do you attend any conferences on gambling? If so, which are the pressing issues discussed? Are you working on a new paper? Can you please tell us about it?

I attend the International Conference on Gambling & Risk Taking, which is the preeminent scholarly conference in the area of gambling studies. I also attend the Global Gaming Exposition and, on occasion, I will attend one of the U.S. regional gaming summits (e.g., New York, New England, or Southern), although these are more industry and trade conferences.