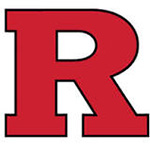 Professor Nower is Director of the Center of Gambling Studies at Rutgers University, School of Social Work. Her research focuses on the psychometric measurement, the etiology and treatment of behavioral conditions, specifically disordered gambling and gambling-related policy issues.

Professor Nower served as an NIHM pre-doctoral fellow, a Fulbright fellow, and research intern at the National Research Council at the National Academies. Professor Nower, is co-editor, advisory member of several journals and co consultant as well as grant reviewer for international, national and state agencies.

Professor Nower also serves as a member of the legislative and research boards, clinical advisor for the National Council on Problem Gambling in Washington D.C. professor Nower is a former criminal prosecutor, member of the Thomson-Reuters Expert Witness Services (TREWS) network and serves as a forensic consultant in state and federal court cases which involves gambling-related crimes.

Professor Nower has a close knit working relationship with global legislators which sole purpose is to develop responsible gambling frameworks, Internet gambling in New Jersey, and to promote informed choices and harm minimization. She recently co-edited a book, The Wiley-Blackwell Handbook of Disordered Gambling (In Press).

As an expert in your field, you have written numerous papers on gambling disorders. Tell us more about your latest paper you’re working on?

I’m always working on a lot of projects. Right now, we’re finishing up a study we did in Canada, looking at the effect of goal setting and mood on chasing behavior while playing slot machines. We’re also finishing data collection in Australia on an screening instrument for etiological profiles of problem gamblers and writing up another Australian study on differences between male and female gamblers.

There are so many factors and so many methods involved in evaluating socio-economic impacts that no scientist, to my mind, has done a comprehensive job of it. To attempt it, you would have to find a geographic location with no access to gambling and assess multiple factors over time before and after the initiation of legalized gambling. The closest I think we’ll come to that in the U.S. is the study under way right now by Williams and Volberg in Massachusetts.

Have you ever placed the occasional bet at a casino before? I guess Las Vegas or ”Sin City” is on most people’s bucket list. Have you been to Vegas yet, if so did you have a memorable visit?

I’ve put four quarters in a slot machine to activate a player card so I could get better room rates. If the lottery gets over 50 million, I may buy one ticket. Other than that, I don’t gamble. It holds no fascination for me. I go to Vegas for conferences once or twice a year and really enjoy it — the pool, the nice restaurants, the shopping, and the big beautiful room.

A wise man (Mark Twain) once said: ”The best way to throw the dice is to throw them away”. Do you share his sentiment?

Yes. But I also think gamblers would say that about my past times.

As an industry expert, how would you clamp down on problem and under age gambling? In other words which mechanisms must government and casinos employ to prevent it? On a scale of 1 to 10 how would you describe gambling addiction in the United States?

This is a difficult question to answer because there are many issues at play. In the current casino environment, I don’t think you can prevent it. Casino employees can monitor the floor and randomly ask for ID but a lot of underage gamblers look older than they are. Some countries use a very strict ID system for entry and play, and that cuts down on the problem considerably; but that is not likely to be the system in the U.S.

As for gambling disorder in the United States — it’s no better or worse than anywhere else. About 2 out of every 100 gamblers meet criteria for disorder and 5 to 7 more have serious problems. This is an average prevalence rate worldwide so I’d say we’re a 5.

Online gambling is the ”new frontier”. Have you written any papers on it? To a certain extent the cyber gaming world is pretty much unregulated. If you ever decide to do a paper on it which recommendation’s will you make to governments?

Do you attend any conferences on gambling? Which pressing issues are normally discussed?

Yes — a lot of them. Topics depend on the conference. Some conferences build all their sessions around a theme like comorbidity or internet or harm reduction. Other conferences accept submissions on all topics, pick the best ones, and group them in tracks to so you can pick what you want to see.

Gambling has taken a moral seismic shift. Every civilized society that curtailed it for the past few hundred years now embraces it with such abandon. Which country/ies is it growing the fastest? In your expert opinion what encourages people to gamble?

It’s hard to say where gambling is growing fastest because some countries are increasingly regulating gambling while others are new to the game. In my opinion, gambling has the same appeal as a romantic relationship with an emotionally unavailable partner: A few intermittent wins followed by long periods where you’re pushing buttons and not getting a response. All the while you’re waiting for the big payout and the longer you wait, the more invested you become.

The difference between gambling and relationships, however, is that gambling is wholly dependent on randomness; patterns, prior experiences are totally irrelvant. Successful treatment involves, among other things, helping people understand that they cannot control the uncontrollable or predict something that is entirely dependent on chance. It also involves helping gamblers understand the underlying issues that make it so important for them to feel like a “winner,” and working with them to replicate those feelings with something more productive.

I think gambling has provided a convenient mechanism for channeling disposable income into subsidies for deficient state budgets in economically unstable times. How much non-disposable income is channeled as well is the subject of some debate. I don’t take a position that gambling is “good” or “bad.” It’s here to stay and continues to expand in new and innovative directions. Our challenge is learn how to motivate people to set healthy limits and remember that gambling is entertainment not an income-generating activity.

How do you see the gambling industry in the United States 10 years from now? If there’s anything you’d like to add to the interview that we haven’t covered you’re more than welcome to add it?

Ten years from now, the major gambling market will be electronic. It wouldn’t surprise me if a majority of states would follow the lead of New Jersey, Delaware and Nevada and build a “Powerball”-type system for Internet gambling.

For example, a state like California could contract with New Jersey to use the existing infrastructure and platforms at a fraction of the cost. New Jersey would get a cut and California would avoid most of the start-up costs and regulatory nightmare that comes with setting up a new technology.

Fantasy sports dailies have, essentially, transformed seasonal sports into a hybrid form of gambling that is built on a sports gambling platform. If New Jersey is successful in offering sports betting, that will eventually go online as well. Social games are huge money makers and offer another variant on gambling. The lines among all these forms are increasingly blurred.