Texas Hold’em is the Rolls Royce of poker variants since it encapsulates the very essence of what the game of poker is all about.

I’m going to give you some handy tips when playing this wonderful poker variant be it online or offline. Since you can’t see your opponents’ pocket cards, the only indication you have of their hands is the manner in which they place their bets.

The number and experience of the players you’re up against will have an influence on the type of betting strategy you’re going to use. The more players there are at the table the greater the likelihood that there will be a couple of good hands. When there are a lot of players, try and cut down the competition as quickly as possible to ensure that those with mediocre hands fold before they get the chance to improve.

If you are playing against less experienced players you need to be certain that you’re playing a good hand. Less experienced players are more inclined to stay longer in the game and don’t like folding earlier on. Before you can make a proper assessment it’s important that you see all the community cards first. But, here’s the problem, if you stay in every single hand just to see the community cards you will lose money in the long run. The trick of Texas Hold’em is to fold early when you have a bad hand and continue to the showdown with a good hand.

What To Do Before The Flop 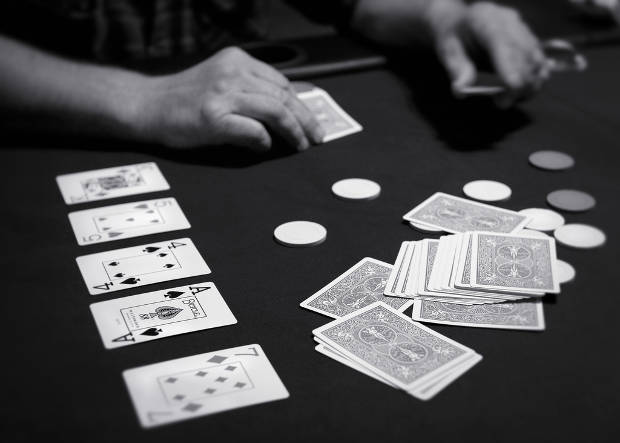 Strategy After The Flop

You now have a better inkling of your hand and can take stock of where you stand in the game at this stage. If the community cards did not help you, chances are pretty good it has given other players the possibility of a good hand. If this is the case, fold. If you have a pair of sevens and the flop gives As (spades), Ks (spades) and Qs (spades). Someone at the table might have three aces or three kings or three jacks. It goes without saying that your hand’s already beaten. Since all the community cards are spades this opens up the possibility of a flush or even a straight.

Let’s look at it from another angle. Let’s assume you have a pair of fours and the flop turns up 8s (spades), 4c (clubs), 2h (hearts), you now have three fours. You might be in trouble if another player has three eights. Since the cards are of different suites it won’t help anyone if they’re looking for a straight or flush. If another player holds a pair of jacks or kings you need to raise to get them out the game. If they stay longer in the game they might beat you on the showdown with trips.

Tip: To figure out the pot odds, divide the amount in the pot by how much it costs to call. If there’s $50 in the pot and you have to call $10 to continue, then the pot is offering 5 to 1 pot odds not to fold. If your hand has a greater than 1-in5 chance of winning, then it’s mathematically profitable to call. The most common drawing hands where pot odds come into play are draws to straights and flushes.

At times a situation may crop up where you know that you have the best possible hand (nuts) by using the community cards. You feel that your hand is indestructible and it simply cannot be beaten. When you’re in such a situation you must try and maximize the pot. It’s important that you don’t blow your hand earlier on. Smart players will catch on and they’ll soon realize that you have a very good hand. The trick here is to be ”discreet”. So how do you go about it? You can slow play your hand and maximize your bets until the last betting round. Players who played so far would like to stay in the pot until the showdown.

The other alternative, you can start raising on the flop. Anyone with a jack or a king will stay in the pot hoping to improve their hand. If a player has an ace they’re more likely to stay in hoping to get a straight. However, some may hope for a royal flush but their chances of taming a cape cobra is better. If you raise, chances are pretty good that the other players will tag along until the showdown. 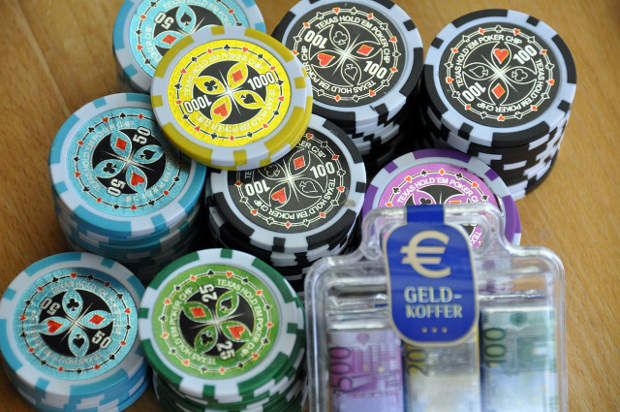 The downside is you’ll never know if you have nuts until the community cards have been dealt. In the first example, the player only gets nuts until all the community cards have been dealt. He can then only see if he has a straight 8, 9, 10, J, Q. This is the best possible combination with the cards shown. In showdown a player with three queens is sent packing. A number of players might have stayed in. The flop of 4, 2, J was nothing special. A player with a high card most probably stayed in. The jack helps the player with a Q, 9. The straight needs a 10 and any queen or 8 will complete it.

In the second example the player strikes it lucky with three queens, the best possible hand. The third queen makes her appearance on the flop. You have two choices: you can start raising or slow play the hand. If you slow play your hand you might take a risk that players might go all the way to the showdown and land pocket eights or nines by getting a fourth card. If you raise you may get rid of the competition.

When playing Texas Hold’em don’t be intimidated by your competition. Some may even try and unnerve you by staring hard into your face. Learn to do deal with these tactics. Watch your opponents closely look for their strength and weaknesses. Once you’ve identified their weaknesses play aggressively against them.

Don’t waste your chips on bad hands, save it for your best hands. Don’t attack aggressive players it can cost you a lot of chips. Wait until they have folded, concentrate on attacking the other players. Don’t get to confident or cocky as some players call it.

[addtoany]
← Previous StoryHow Do Casino Affiliates Build Domain Authority?
Next Story →Why Eugenie Bouchard Is The Most Bankable Tennis Star